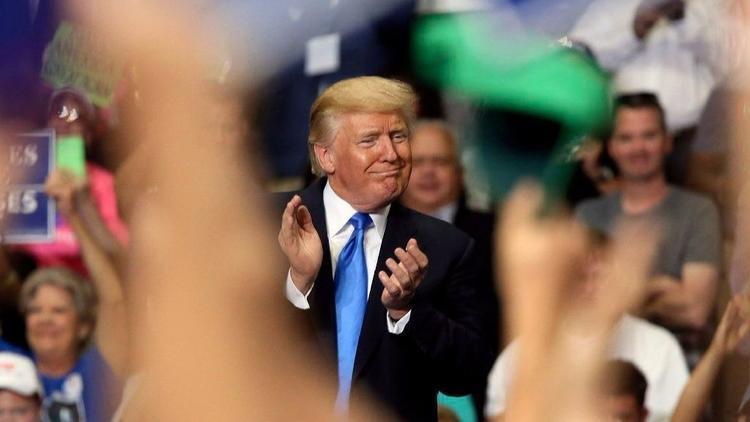 Frustrated by the failure of the Obamacare repeal in the Senate, President Trump on Saturday threatened to end federal subsidies for healthcare insurance — for Congress as well as the rest of the country.

“If a new HealthCare Bill is not approved quickly, BAILOUTS for Insurance Companies and BAILOUTS for Members of Congress will end very soon!” Trump tweeted, fuming about Congress’ failure to repeal the Affordable Care Act, which he said was “imploding.”

Such a move could cause havoc and much higher premiums in insurance markets, since many low- and moderate-income people depend on those subsidies to help cover the cost of their policies. Through a series of administrative maneuvers by Congress and the Obama administration, members and their staffs also benefit from those subsidies.

Targeting congressional healthcare might score Trump some populist points with his base, but it would likely come at a cost of poisoning his relationship with Congress. Just making the threat on Saturday highlights how far things have eroded between Trump and top GOP lawmakers. And it comes a day after Trump pushed out former Chief of Staff Reince Priebus, an establishment Republican who was the GOP congressional leadership’s trusted liaison in the White House.

Trump’s longstanding threat to let the health insurance plans fail would come with its own political price.  The federal government sends about $600 million a month to insurance companies to help cover the cost, and Trump is threatening to cut that off to allow Obamacare markets to collapse.

His goal is to pressure Congress to send him a repeal bill, but so far the strategy has failed. The confidence Trump has expressed that if he followed through with the threat the fallout would land not on him but on Democrats, because they created Obamacare, is not widely shared in Washington.