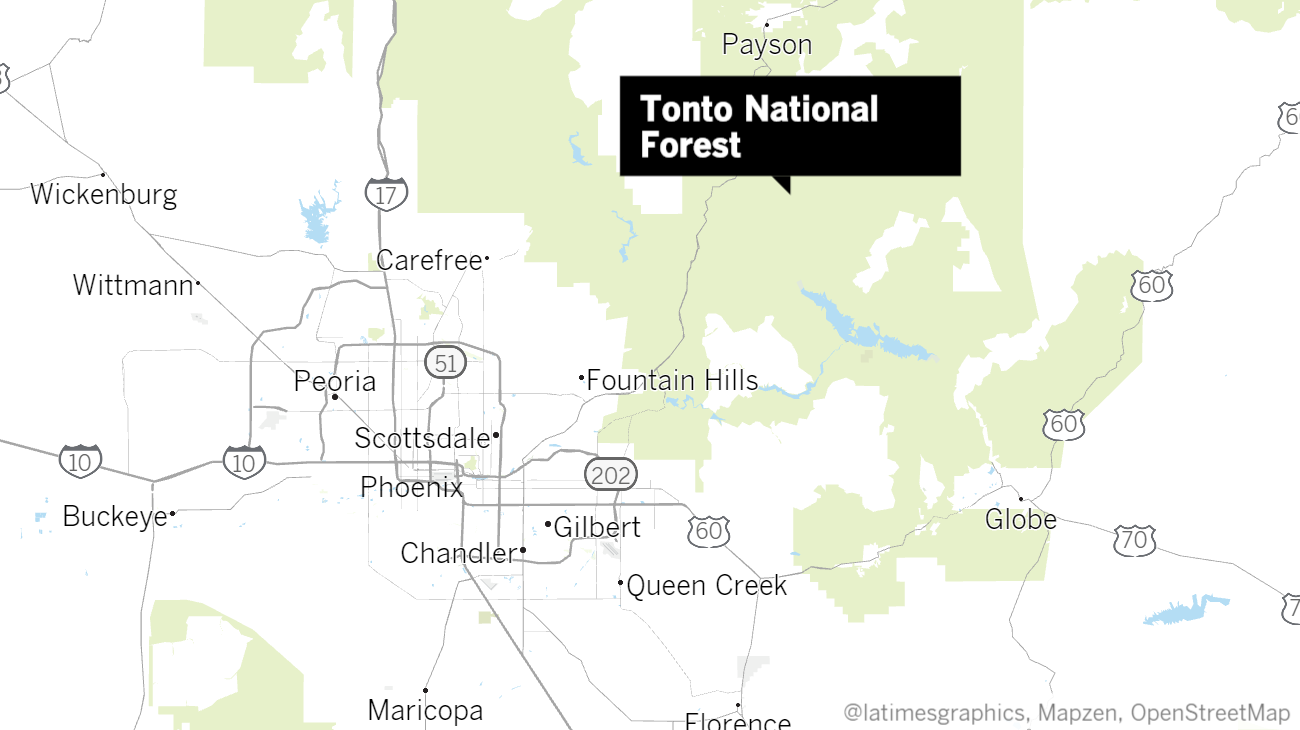 A rural fire chief says at least four people were found dead and about a dozen more are missing after flash flooding poured over a popular swimming area inside the Tonto National Forest in central Arizona.

Water Wheel Fire and Medical District Fire Chief Ron Sattelmaier said more than a hundred people were in the Cold Springs swimming hole Saturday afternoon when a severe thunderstorm pounded down on a nearby remote area that had been burned over by a recent wildfire.

Three bodies were recovered Saturday and another was found Sunday morning. The deaths include at least one child. Four people rescued by helicopter Saturday were taken to the hospital for hypothermia. About a dozen other people remain unaccounted for.

“There’s no way of knowing how many people were actually there,” Sattelmaier said. “It’s pretty much recovery [now]. We don’t believe there’s anybody left out there.”

The thunderstorm hit about 8 miles upstream along Ellison Creek, which quickly flooded the narrow canyon where the swimmers were enjoying a cool dip a on a hot summer day.

“They had no warning. They heard a roar, and it was on top of them,” Sattelmaier said.

There had been thunderstorms throughout the area near Payson, about an hour and half’s drive from Phoenix, but it wasn’t raining where the swimmers were. It happened during monsoon season, when whether like this can strike furiously.

“I wish there was a way from keeping people from getting in there during monsoon season. It happens every year. We’ve just been lucky something like this hasn’t been this tragic,” Sattelmaier said.